Who could resist ANOTHER GLASS OF CHAMPAGNE?

I am delighted to welcome Jenny Kane today to talk about her latest release from Accent Press, ANOTHER GLASS OF . 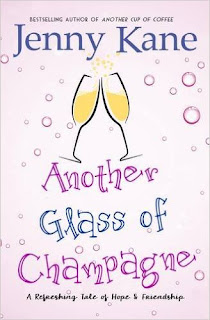 Hello Jenny,  welcome back to the blog and congratulations on your release! It's lovely to talk to you again. Can you tell us where you get your ideas from for your stories?


My ideas come from all around me. Overheard conversations, musical lyrics, the oddly placed hairbrush, the half discarded glass of wine. My imagination never turns off, and anything and everything could be a story trigger.

I know exactly what you mean. What can you tell us about ANOTHER GLASS OF ?


Another Glass of Champagne is the final part of my Another Cup of...series. The series began with Another Cup of Coffee, and the seasonal Christmas novella’s Another Cup of Christmas, Christmas in the Cotswolds, and Christmas at the Castle, This last instalment of the adventures of the Pickwicks Coffee House crew- Amy, Kit, Jack, Peggy, Megan and friends- see’s the main characters facing up to the reality that being in your forties doesn’t mean life’s answers get any clearer!


They all have new challenges ahead. If things work out OK, then champagne corks will be flying...but the obstacles that need overcoming first are far from straightforward....


That sound intriguing...In three words, what kind of man is Jack Brown, your hero?

What about Amy Krane, one of the four heroines of your novel?

I need a quiet house to write. What about you? What is the one thing you absolutely need to write?

I do love my black coffee too! Are you working on another novel at the moment?


I’m in the closing stages of writing a mini-novel for this Christmas. This will be a medieval murder mystery called The Outlaw’s Ransom.


The story of fourteenth century girl, Mathilda of Twyford (Leicestershire), The Outlaws’ Ransom is an expansion of the medieval part of my part modern/part medieval novel Romancing Robin Hood.

I think I already know the answer to my next question....What is your all time favourite hero from a film or a novel?


My all time favourite hero has to Robin Hood. I’ve been a fan of the legend from an early age. This love of the story was increased tenfold when I was 14 years old and watched an episode of Robin of Sherwood on the television. From that moment on I was enchanted- I needed to know everything about the legend, and read every book and watched every film I could get my hands on. I went on to take a PhD in the ballad history and crime records of the fourteenth century as a result of my RH obsession!! My love of the legend is still strong, and always will be.

Robin Hood is indeed a great hero. How do you pick the location for a story?


I can only write about places I’ve actually visited. All the locations within my books, right down to the level of office cupboards or bathrooms, are places I’ve visited. That way I can accurately record how the atmosphere of the place feels like and smells like, as well as how it looks.

And now for the word association test! What 3 words come to your mind when you read the following?


Blurb for ANOTHER GLASS OF


A warm-hearted, contemporary tale about a group of friends living in a small corner of busy , by bestselling author Jenny Kane.


Fortysomething Amy is shocked and delighted to discover she s expecting a baby not to mention terrified! Amy wants best friend Jack to be godfather, but he hasn’t been heard from in months. When Jack finally reappears, he s full of good intentions but his new business plan could spell disaster for the beloved Pickwicks Coffee Shop, and ruin a number of old friendships...


Meanwhile his love life is as complicated as ever and yet when he swears off men for good, Jack meets someone who makes him rethink his priorities...but is it too late for a fresh start?


Author Kit has problems of her own: just when her career has started to take off, she finds herself unable to write and there s a deadline looming, plus two headstrong kids to see through their difficult teenage years...will she be able to cope?


Sticking her head out of the bedroom window, Amy took a huge lungful of fresh air. Even though her morning sickness had passed with merciful speed, the aroma of the paint she and Paul were decorating their spare room with was making her decidedly queasy.


‘I thought this was supposed to be odourless paint?’


‘It is.’ Paul smiled at his wife as he put down the yellow paint-covered roller. ‘Why don’t you take a break? There’s not much left to do now.’


Amy leaned against the windowsill. ‘I’m fine – and anyway, it’s my own fault. I should never have got on my hands and knees to paint the skirting board. Thank you for not saying “I told you so,” by the way.’


Sinking onto the chair Paul had placed in the middle of the decorating chaos, Amy rubbed a palm over her bump in wonder. It seemed to be getting bigger by the hour, never mind by the day.


‘Have Phil and Rob managed to make any contact with Jack yet?’


‘Not a word.’ Paul scraped the remains of the paint from the roller tray onto his brush and dabbed at a patchy place on the wall. ‘Rob hasn’t had any replies to his texts and emails. He reckons Jack is probably somewhere really remote with no WiFi.’


‘Hmmm. Well, I hope he resurfaces soon, or I’ll have had this baby before he even knows I’m expecting one.’


Paul stretched his arms above his head to loosen the muscles cramped from painting. ‘He’ll turn up sooner or later. Jack always does.’... 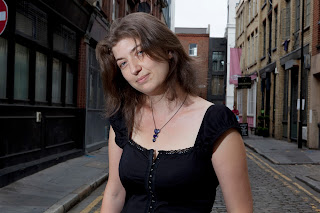 
Jenny Kane is also the author of quirky children’s picture books There’s a Cow in the Flat (Hushpuppy, 2014) and Ben’s Biscuit Tin (Hushpuppy, 2015).


Thank you very much for being my guest today, Jenny. I wish you lots of success with ANOTHER GLASS OF . 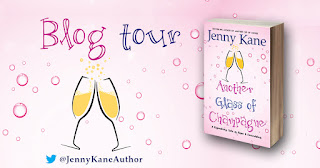 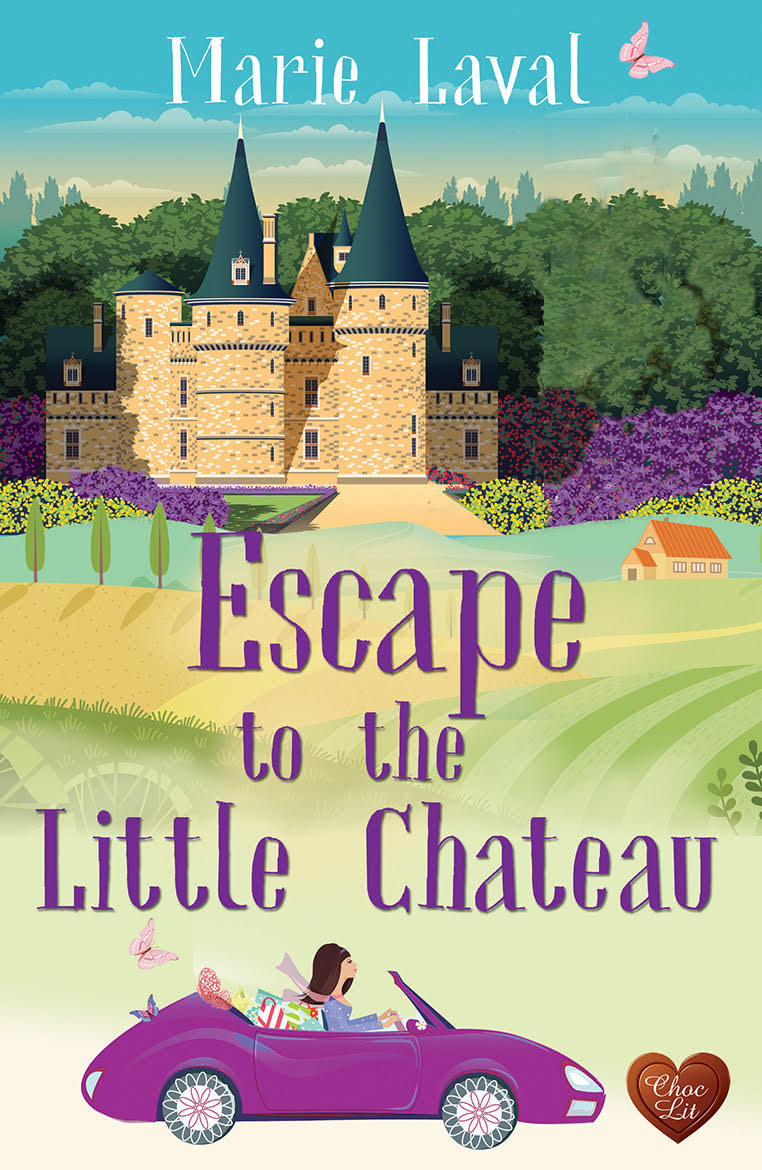 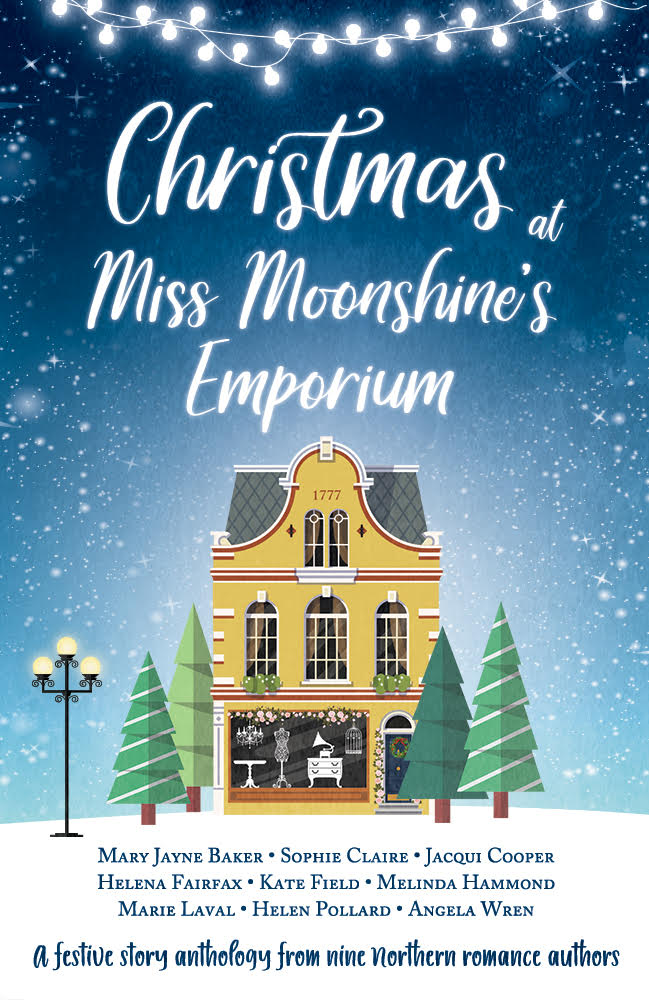 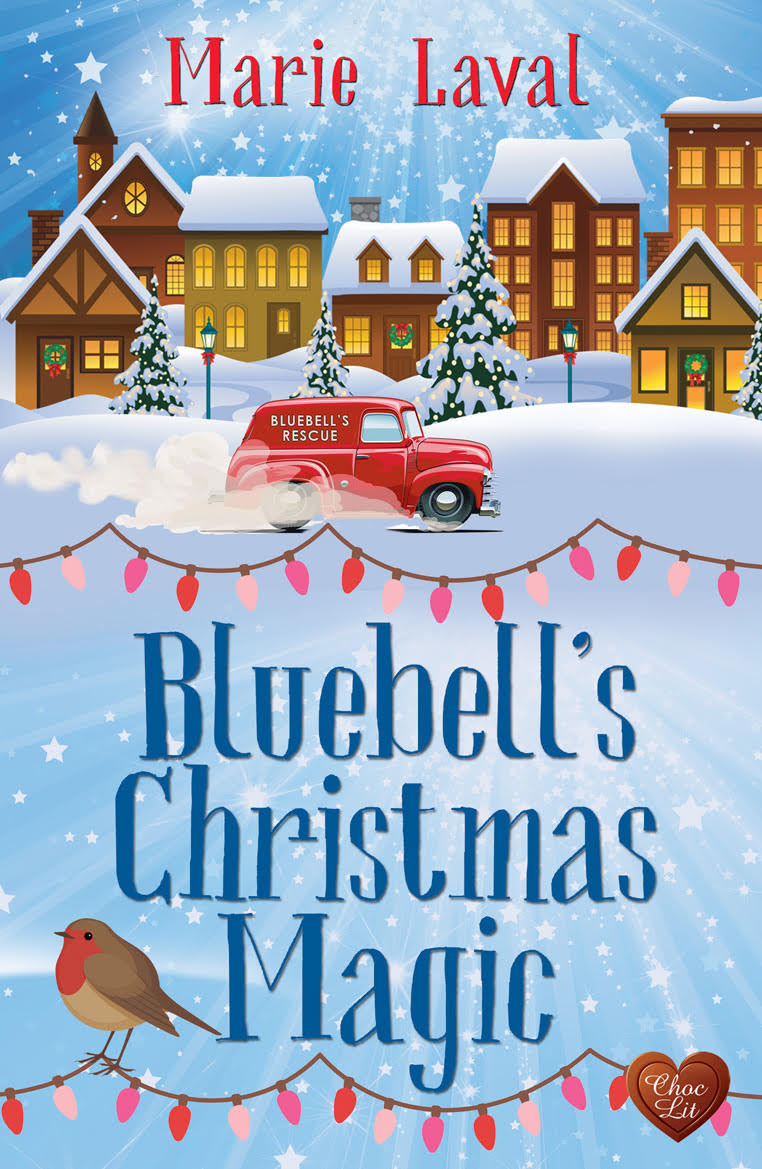 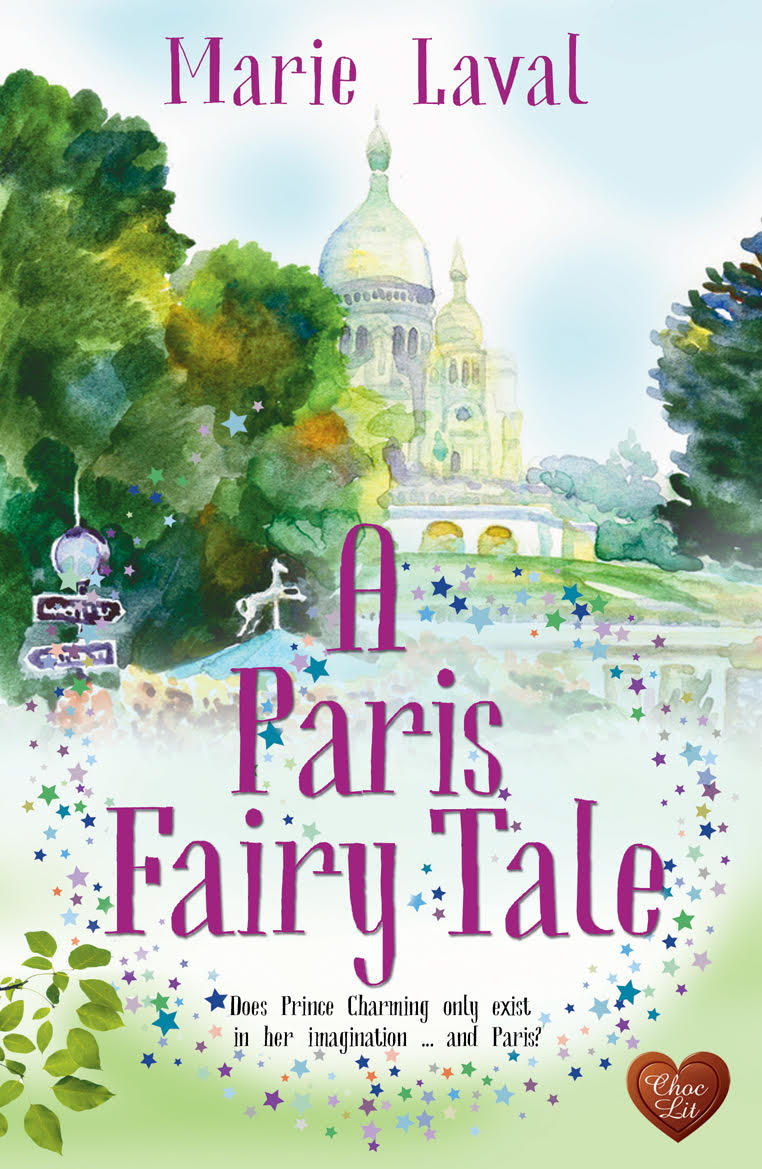 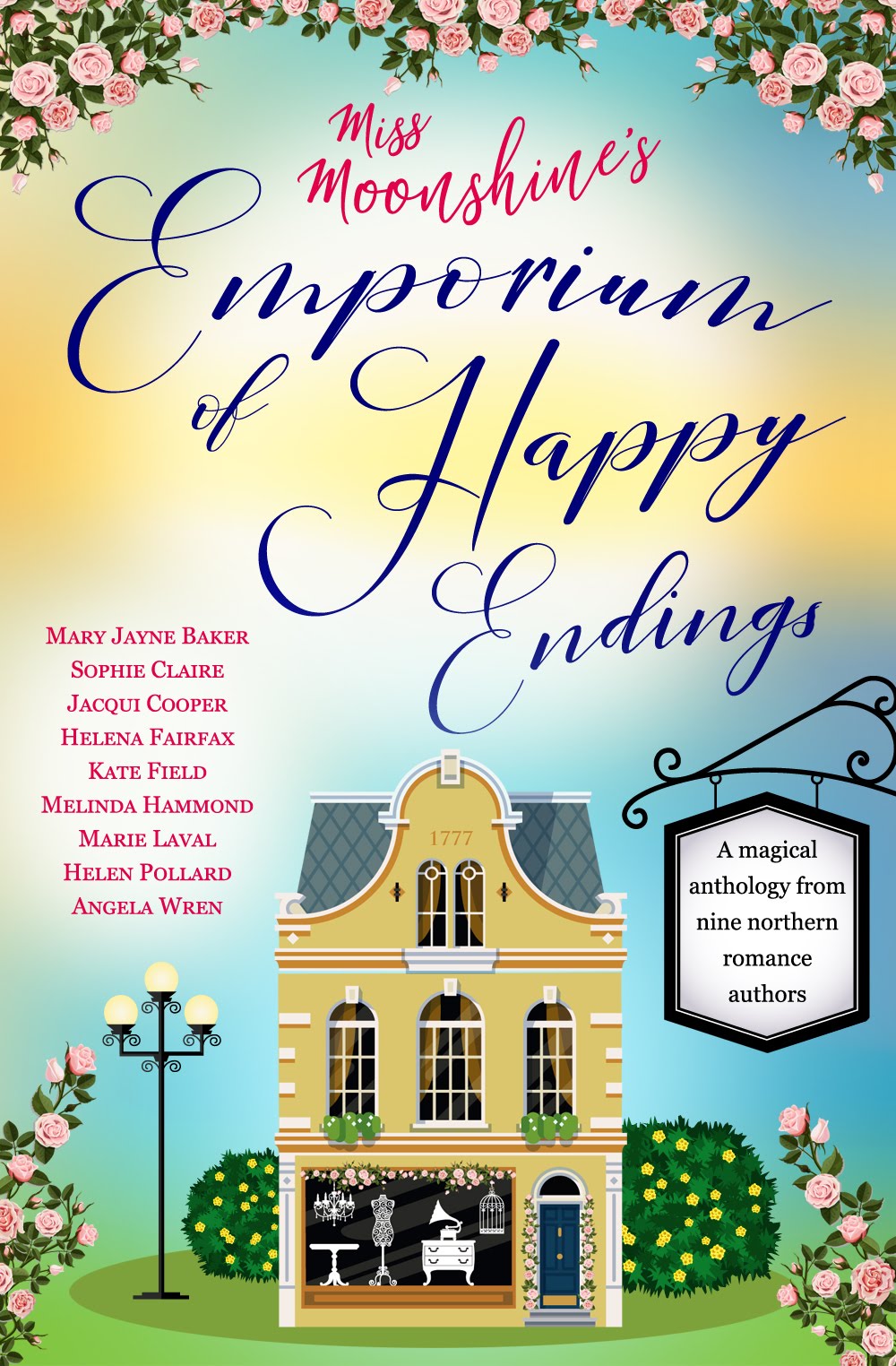 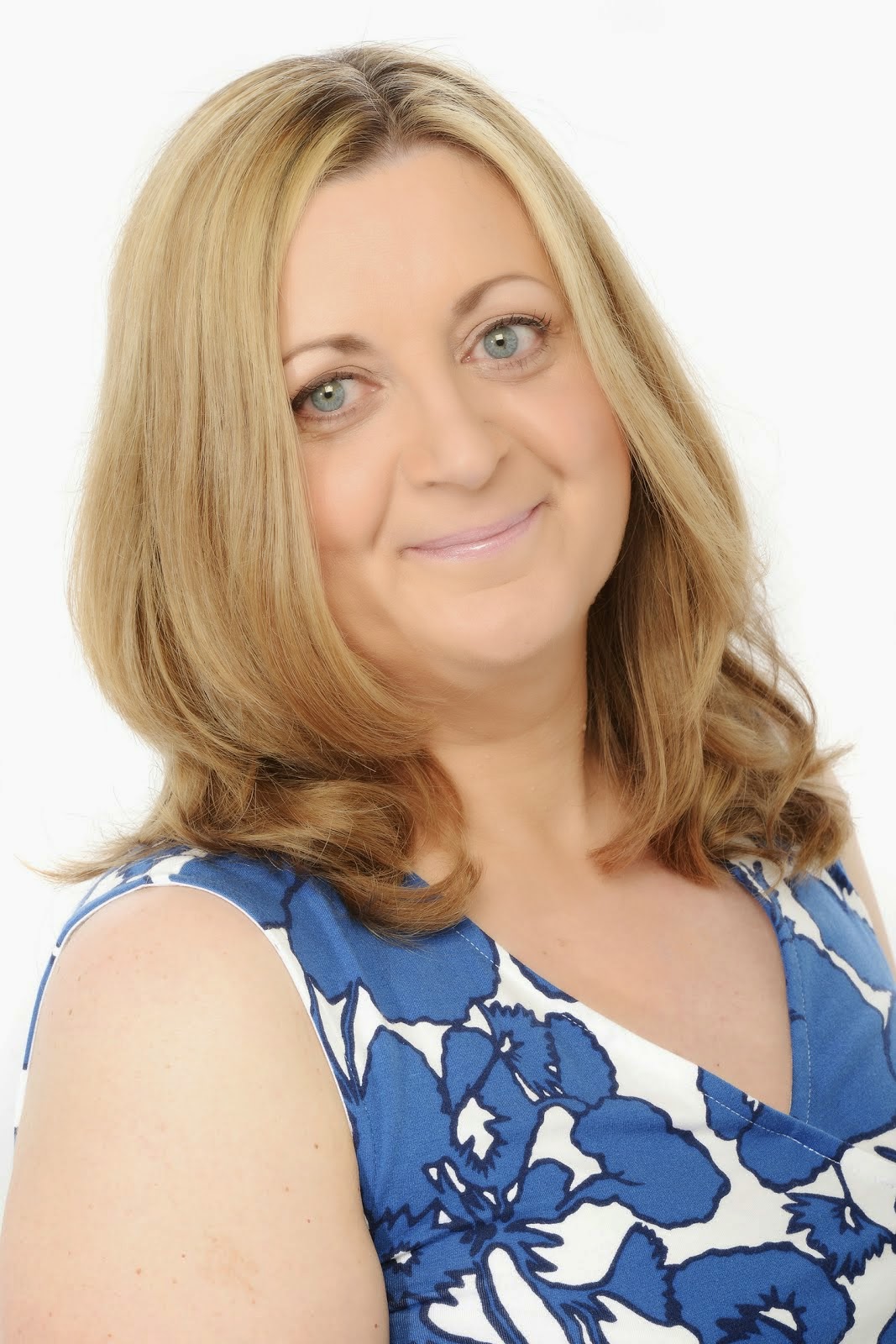